6 Ways Your Cat Tries to Communicate with You

As a pet parent, you’ve probably looked at your feline friend countless times and wondered what was going through their head. While your cat, unfortunately, can’t talk to you, that doesn't mean they are unable to communicate. You just have to learn how to speak their language — and no, we don’t mean trying to translate their meows and purrs into English!

There is no denying that cats have some downright mysterious behaviors and they are not the easiest creatures to understand. If you want to feel more connected with your feline friend, it’s all about tuning into the subtle things their body language and behavior say. Once you start paying closer attention, you’ll likely notice that your cat has been trying to communicate with you all along!

As veterinarians, we believe that learning to communicate with your pet is vital. In addition to strengthening your bond, learning to better understand what your cat is trying to tell you can help you determine when they might be in pain or suffering from a health issue. In this blog post, we’ll be talking about a few of the many ways your cat tries to communicate with you through their behavior. 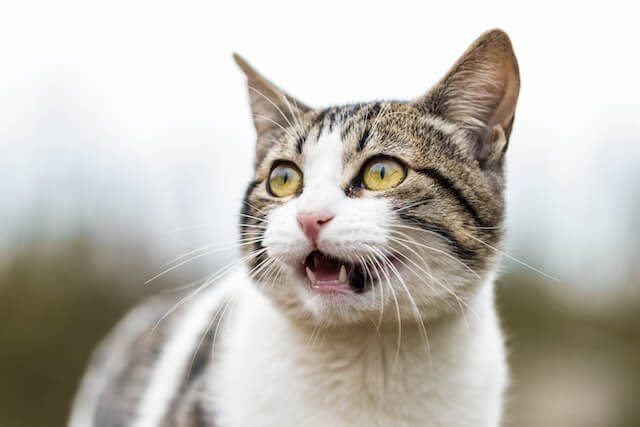 Did you know that, in the cat world, there is no universal language in which felines use specific meows to communicate? Kittens meow to their mothers to let them know they are hungry or cold, but generally, adult cats do not communicate with each other using meows. Instead, they meow at their human family members.

Cats meow at their owners for several reasons, including:

In addition, elderly cats suffering from cognitive dysfunction may meow due to becoming confused or disoriented. Cognitive dysfunction is similar to Alzheimer’s Disease in humans, so we encourage you to schedule an appointment with us if your senior cat seems to be confused or is vocalizing more than usual. The next time your cat meows at you, pay attention to their body language and you should be able to determine what they are “saying.” Loud, demanding meows likely mean that your furry friend is asking for dinner, especially if they seem to be trying to lead you to the kitchen (or wherever they eat). Softer meows combined with rubbing against your legs probably mean your cat is looking for some affection.

Everyone knows that when a cat is purring, it means thy're happy, right? Actually, that is only partially true! While cats do purr as a sign of contentment, they also purr as a self-soothing mechanism when sick, stressed, or injured. Some experts even suggest that the low-frequency vibrations caused by purring could serve as a natural healing tool.

You should never assume that just because your cat is purring, they are healthy and content. If your cat is purring but also showing signs that something may be wrong, like hiding more than usual or refusing food/water, they could be sick or in pain. In this situation, we encourage you to seek prompt veterinary care to determine what’s going on with your furry friend. 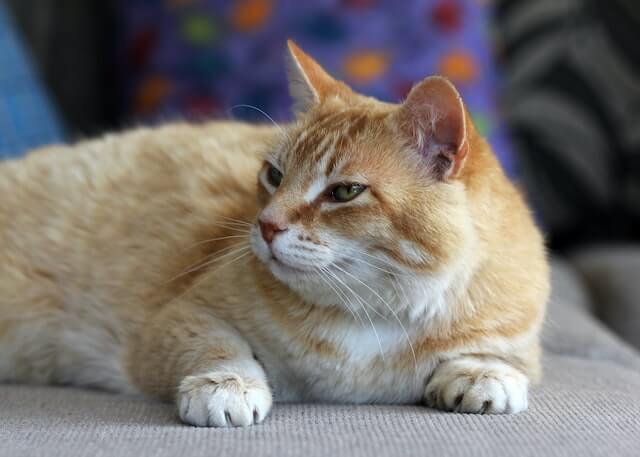 This one is a bit unpleasant, but if your cat changes their litterbox habits, they are trying to tell you something. Cats don’t start eliminating in places other than their litter box for no reason. Pay attention if your furry friend is going on the floor or somewhere else in your home.

Your cat could be trying to tell you several things by eliminating outside of their litterbox, including:

We all know this pose: arched back, hair on end, and a high, poofy tail. It’s the classic “Halloween cat” posture and most cats display it at least every once in a while. What does it mean, though?

If you see your cat in this pose, they are trying to tell you (or someone else) that it is time to back off! It’s a cat’s way of saying they feel frightened or threatened, so it’s best to back away and leave them alone to settle down. Even if you try comforting them, you risk making the situation worse. When your feline friend is this stressed out, giving them some space is the best option.

Much like their canine counterparts, cats often use their tails to communicate with the people around them. If they hold their tail straight up and have relaxed fur, they’re likely feeling happy or inquisitive. Shivering/vibrating of the base of their tail means they're very happy to see you! However, if their fur stands on end while their tail is erect, this indicates fear or anger. Holding the tail low or tucked between the legs indicates insecurity or submission, and a tail that’s rapidly twitching back and forth suggests agitation.

Keep in mind that these are general guidelines. Every cat is different, and your feline friend may use their tail positioning differently. Start paying closer attention to their tail posture and you’ll likely learn which positions coincide with which emotions pretty quickly. 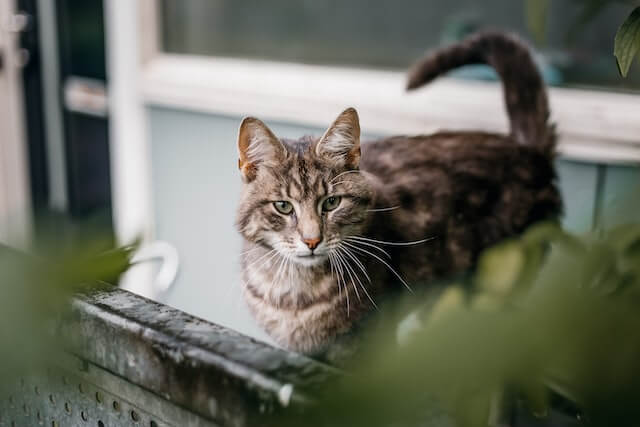 When your cat rubs against your legs or gives you head butts, they are telling you that they love you. That isn't the only thing they're doing, though! Cats rub their bodies and cheeks against people and objects to mark their territory. They use scent glands on their feet, cheeks, foreheads, tails, and paw pads to claim humans, other cats, and various objects as their own.

The Cat's Outta the Bag

Cats are amazing creatures, and while they can’t talk to us, they certainly know how to communicate their needs and feelings. It’s just up to us to learn how to listen to what they're saying. If you pay close attention to your feline friend, you might just find that they are easier to understand than you think!

Of course, we're here to help if you ever have a reason to suspect that your feline friend could be trying to tell you that something is wrong. As your cat’s vet, we can help you get to the bottom of the issue and get your pet started on an appropriate course of treatment outside of their annual wellness exams. Give us a call to schedule an appointment! 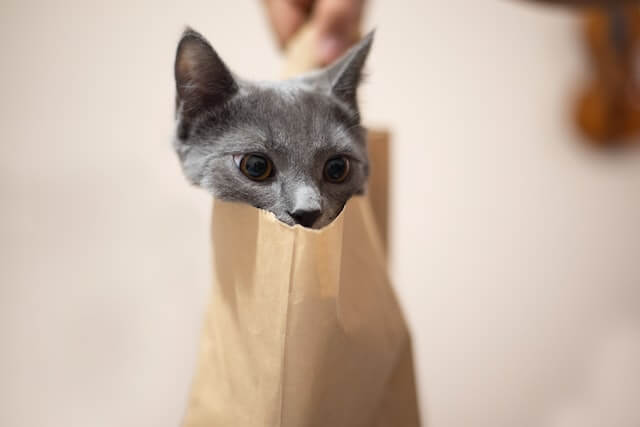